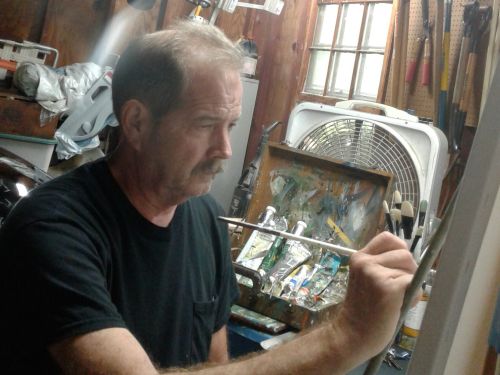 Jack Whitaker is a native of the Appalachian Mountain foothills of Greenville, South Carolina. The influence of his childhood in the Western North Carolina Mountains evolved into the basis for the paintings of his adult life, where he studied science-art at Central Piedmont Community College in Charlotte, NC.

After migrating to New York at the age of 23, Jack studied painting and framing, and eventually, opened a small gallery in Rochester, NY. Working with art dealers and collectors in New York, he was introduced to the works of deceased masters, Roy Mason, Charles and Emile Gruppe and many other painters of the old Rochester school. These along with Winslow, Homer, and Vincent Van Gogh have greatly influenced his work.

A burning desire to hone his craft propelled Jack abroad into the museums of Europe and the southern provinces of France where he developed his gift of capturing sunlight onto canvas. Upon returning home to the outskirts of Atlanta, Georgia in 1993, Jack worked as a scenic artist in the exhibit industry.

Today, Jack is a full-time painter and founding owner of Southlight Studios. Presently, much of his time is spent painting in the Western North Carolina Mountains. His paintings exemplify his shoot-from-the-hip philosophy, "Painting is simple- God is the architect of nature, color, and composition...all I have to do is copy the Master." 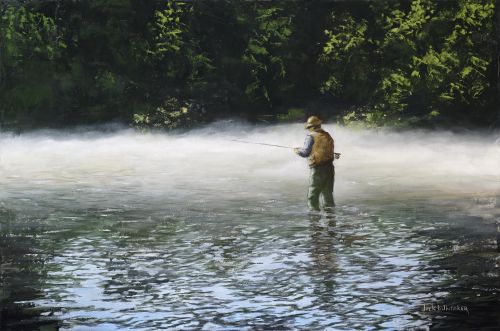